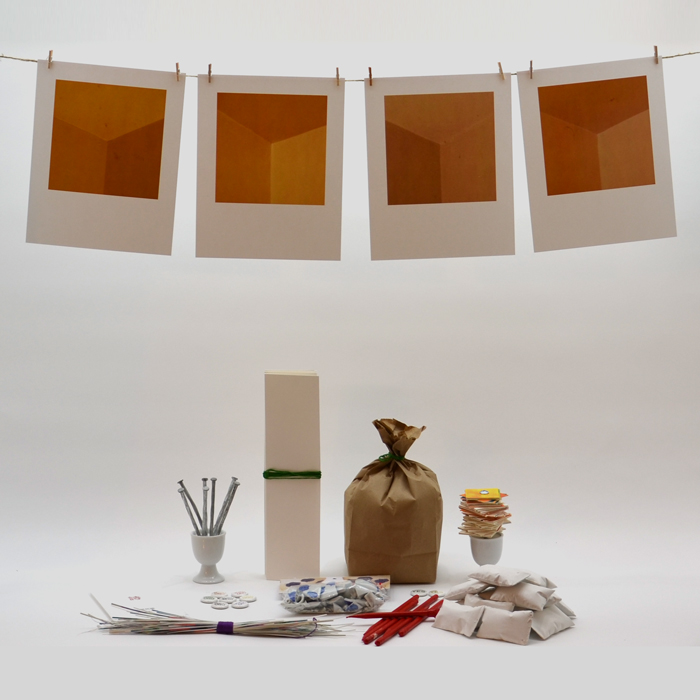 I was sitting with a friend at Second Cup and the conversation came around to Yoko Ono. No other public figure teeters between adoration and unfounded opprobrium. At some point in the conversation, I said that I would make Christmas Gifts for Yoko Ono: paper sculptures and odd little concept pieces. We laughed, but the idea stuck with me.

In 2012, I lost both my grandmothers and, like most times when you lose something, the thing lost becomes the most important thing to you. I have been thinking a lot about grandmotherness. And I started thinking about Yoko Ono as a cultural grandmother. Love her or hate her, every contemporary artist owes some gratitude to Yoko Ono. Painting to Be Stepped On taught us that art need not be on a wall. The concerts she hosted at 112 Chambers Street taught us that you can change music forever from a sparsely furnished apartment. Grapefruit taught us that all you have to do to make art is think. The Fluxus Film No. 4 taught us to be sexy. The performance of Cut Piece at the Sogetsu Art Center in Tokyo taught us to trust each other. Painting to Hammer a Nail In taught us that we don’t make art alone. The tower of light that beams into the sky two months each year from an island off of Reykjavik and the 500,000 wishes buried underneath it taught us to think monumental. Yoko Ono embodies the avant-garde, but what makes her work and her life remarkable is this: In the face of ridicule, ignorance, and sometimes outright hatred, Yoko Ono makes art that is free of cynicism, bitterness, and irony. That’s amazing.

2012 was a year of sorting things out, except I didn’t realize it until the very end. It was a good year. Things kept getting better and the better they got, the less satisfied I became. The less satisfied I got, the angrier I became. And when my grandmother died, I decided to drive from Montreal to Miami. A 2700-kilometer road trip is a great way to figure things out. One of the conclusions I came to was that I wasn’t writing and making art as much as I wanted.

“Twelve Days of Christmas Gifts for Yoko Ono” was an art making and writing project that pays homage to a cultural grandmother. Each day from December 25th, 2012 to Epiphany on January 6th, 2013, I made and shared a Christmas gift for Yoko Ono.

The Christmas Gifts were published in ARTSHOP Magazine.